Well, the weather has changed for the cooler, but things are hotting up on the tourist trail !!  We've managed to only get lost once on the Metro, and then we thought we were lost, but weren't - now there's a trick you ought not get in the habit of !

You probably realise we aren't updating this blog day by day - for several reasons.  Number one is that it does take some time to gather one's thoughts for intelligent commentary - and number two is that by the time we get home to add some more - we're too damn stuffed, and go to bed.  It's now 11.44 Paris time - so we'll load more photos from day 2 & 3 tomorrow - stay tuned.

So, for your enjoyment - here are some selective shots - some you'll recognise - others are for your edification.

Here is the Pompidou Museum - which is just round the corner from where we are staying.  It's sometimes referred to as the inside out building - as the pipes are on the outside.  Will tell you more about it once we actually go in !! 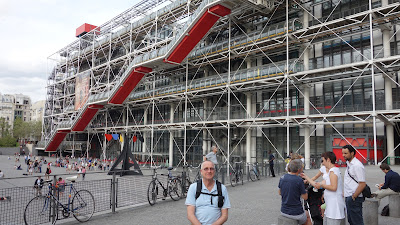 Now - getting our priorities right - this is morning tea at Angeline's - a pretty swish place - You're looking at about $45 worth there - but yummo !! 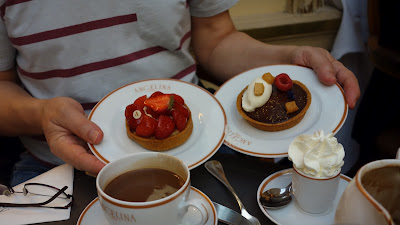 After refuelling we've plodded off to explore Tuileries Garden and along the way is the Place de La Concorde - a rather big square with statuary  - but at the time of this photo we're standing in front of nothing!   Don't laugh your head off at this - because many lost their heads here - it was where the guillotine was located. 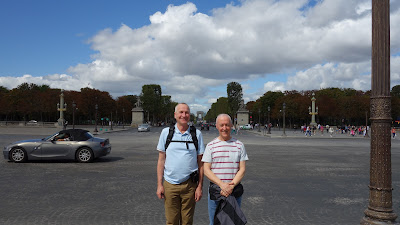 You've possibly not heard of the Petit Palais - the small palace - built for the Universal Exhibition in 1900. 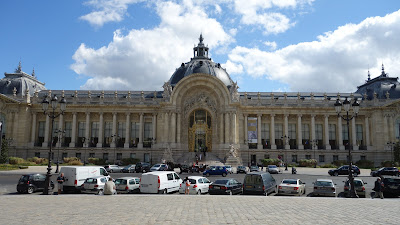 And, opposite the Petit Palais is its big brother the Grand Palais - the big palace.  Would you believe that the metal structure supporting the glass roof is heavier than the Eiffel Tower - wow, the trivia one collects on one's worldly travels !!! 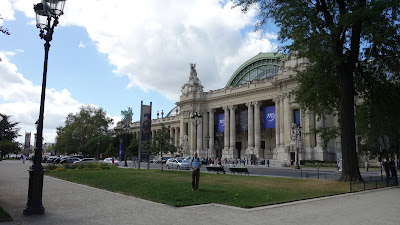