Back to France - La Charmée, Chalon

After leaving Switzerland and driving back into France, we headed for the charming little village where Stéphane's parents live  -  La Charmée (appropriately named).  We arrived just in time for lunch  --  now there's a surprise!

The sun room where we ate all our meals  --  it's a real treat, double glazed for comfort. 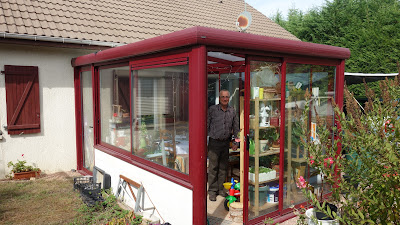 Yvonne pointing out how to prepare cherries picked from their own trees - but what's Daryl laughing at?  He believes he knows a better way - for $2.60 Mr Morello will give you a jar full !!! 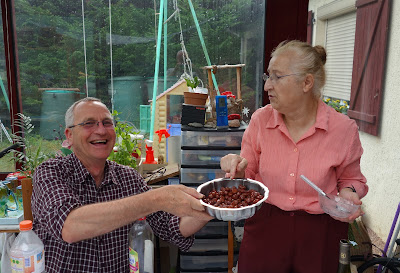 Another of Yvonne's delights - this is a magnificent cheese tart, using Gruyere - served hot and with a simple green salad - delicious. 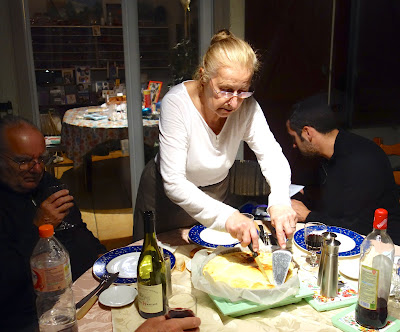 Stéphane's grandmother joined us for lunch.
When we were introduced to her, she said, "Enchanté."  It was the first time we had heard that response  --  it seems it's no longer used by the younger generations. 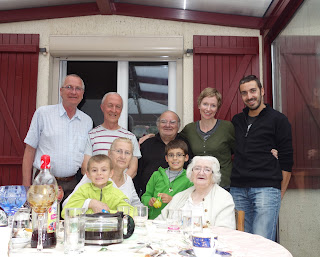 This was NOT one of the courses. 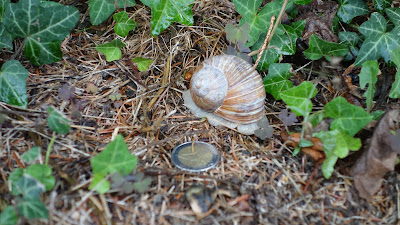 However, after 5 courses (yes, 5!) we set off for a walk around the village. 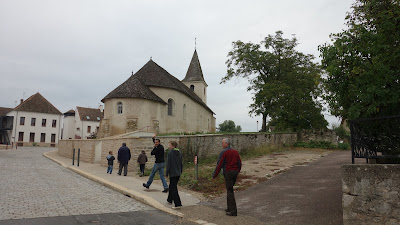 The inside of the church was plain and simple  --  a relief after all the opulence displayed in the main cathedrals we'd seen.  This church was just as old (constructed in the 1400s). 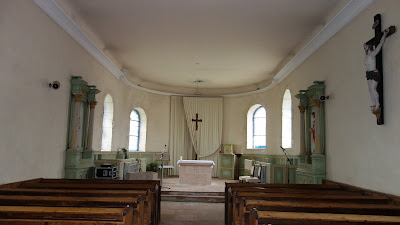 This 'lavage' (communal washing facility) was a small step up from bashing clothes on rocks in a river, but not much.  Daryl demonstrates how to do it. 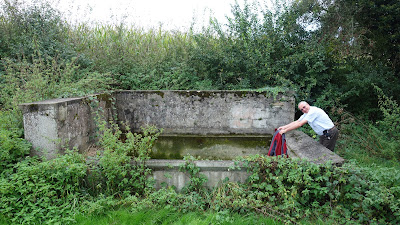 This was a later version of a lavage in the centre of the village  --  but of course, they've all had washing machines for a long time! 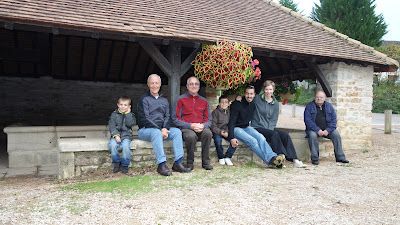 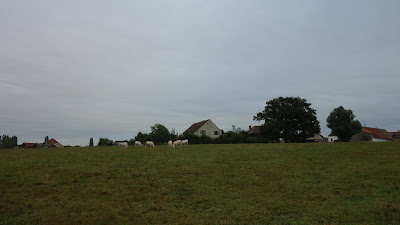 La Charmée is only 20 minutes from Chalon-sur-Saône, a fairly big town.  We went to the weekend market -- a great place to see and sample the local goods. 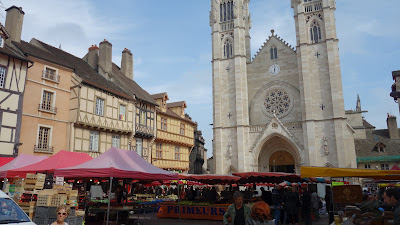 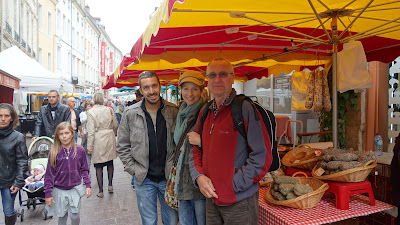 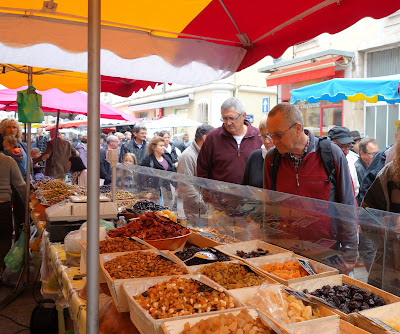 Bonjour from David and Daryl to Usha (our French teacher back in Australia).
Merci Usha, pour nous aider à survivre!  Nous aimons la langue française, mais nous tuer!
(PS  The photo shows us standing in front of the college Usha attended when she lived in France.) 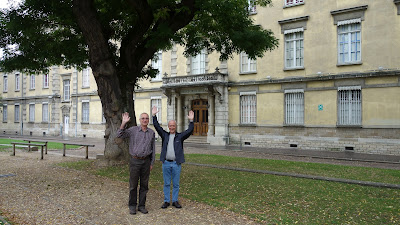 The sad moment arrived when we had to get the train from Chalon down to Lyon.  There to wave good-bye were: 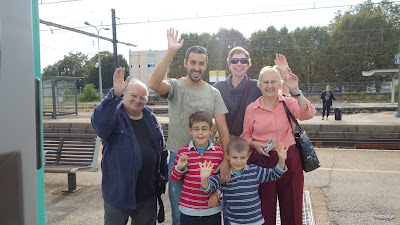