Tour Day 1  --  we had to set an alarm.  BIG shock to the system!  We gulped down some breakfast and hauled our suitcases to the Hotel de Ville Metro station ... down into the underground.  Hoped like crazy that we were getting in before the "rush hour" as we were about to travel on the busiest line in Paris with our suitcases and back-packs. The train pulled in and there was room for us  --  it was, of course, good planning and not luck.  At Charles de Gaulle-Etoile metro station, we had to lug our suitcases and back-packs up many stairs. We were hot, bothered, and probably bewildered  --  but we knew we had time to walk to the hotel where we were to meet the tour leader and fellow travellers.

In no time, we were in the bus and setting off.  First stop  --  Monet's Garden 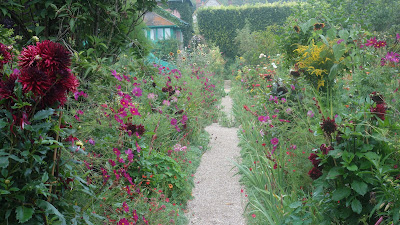 It was mid-morning and quite cool, but that suited us.  The garden is a very dense and very 'busy'. We recognised lots of flowers we have in Australia, but there were different varieties with many had different colours. 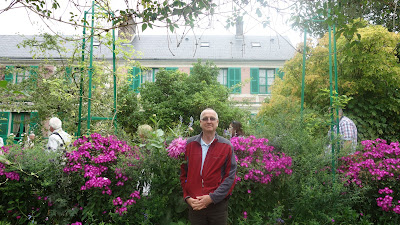 It was great to see the Japanese garden and the all-too-familiar lily pond and bridge ... 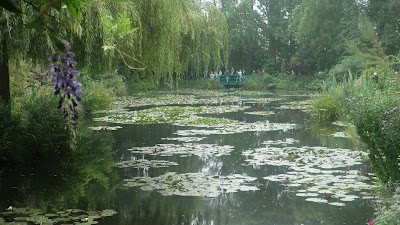 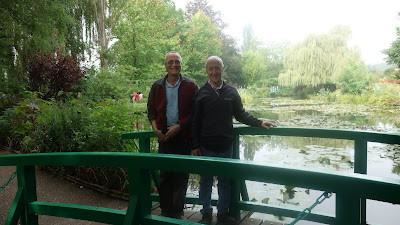 After leaving Monet's Garden, we stopped near Anderlys where we could see ruins of the old medieval castle (Château Gaillard) built by Richard the Lionheart (1196-1198).


Anderlys on a hazy day 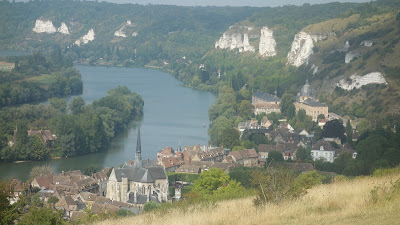 The castle is being partly re-built. 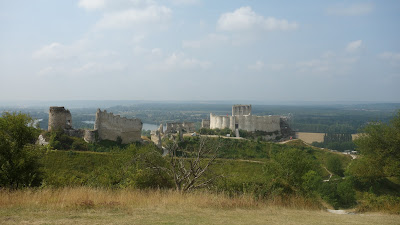 Then, on to Rouen, only about 40 km away.  And what was the first stop?  The Gothic Notre Dame cathedral of course.  It was started in the 12th Century but there was a church in the same place as early as the 4th century. 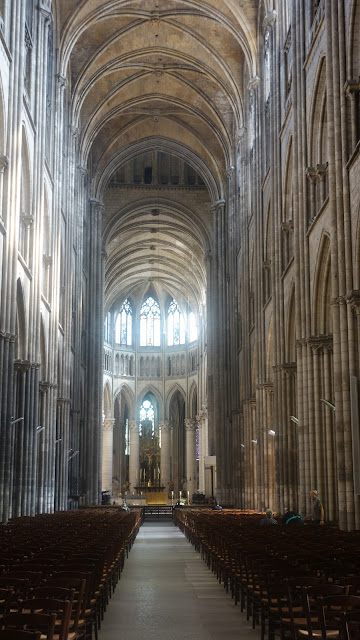 We then explored the Place du Vieux-Marché (The Old Market) which is surrounded by amazing medieval buildings. 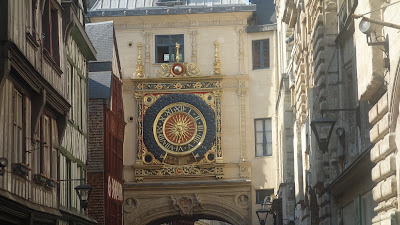 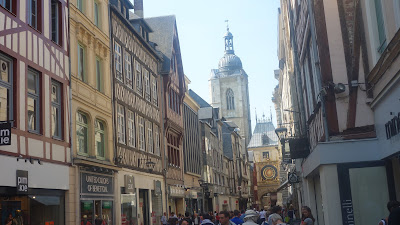 The Old Market square is also infamous as the site where Jeanne d’Arc was burned to death in 1431.

Joan of Arc was only 16 when she claimed that divine guidance required her to recover her homeland from English domination.  Can you imagine a 16 year old girl today convincing a future king that she should be given command of an army?  Well, Joan did that in the 15th century.  She overcame the dismissive attitude of the commanders and led the army to victory!  She helped the 100 Years' War come to an end.

Unfortunately for Joan, she was captured by the English and tried for heresy.  The trial was fraudulent, but she was condemned and burned at the stake in 1431.

St Joan of Arc statue in the cathedral 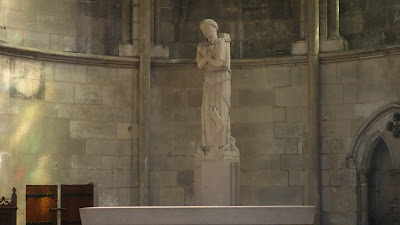 A rather solemn story to end our account of Day 1.