Even though we drove from Werentzhouse in France, to Lucerne in the middle of Switzerland, it was only a short drive (1 hour 30 minutes).  Just like driving from Melbourne to Ballarat.

Our apartment is fantastic.  It's the second level of this place ...  The very friendly and helpful owners live on levels 3 and 4. 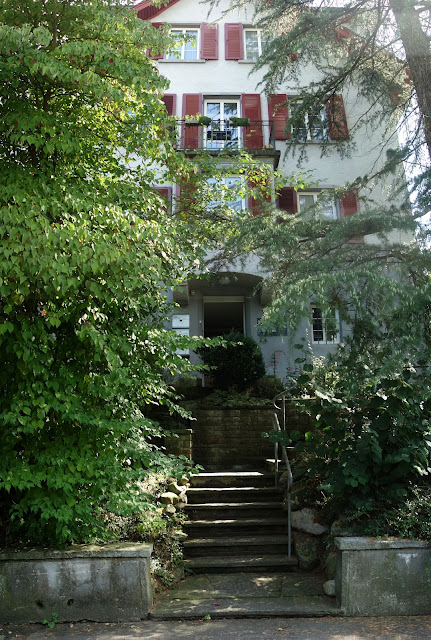 As soon as we had settled into the apartment, we set out for the Lion Monument.  This is a memorial for the Swiss Guards who lost their lives during the French Revolution.  It was carved into the rock in 1820-21. 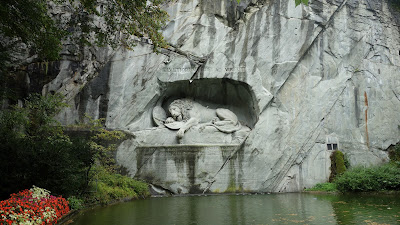 The tragedy is clearly shown on the lion's face.  It's the most moving monument any of us have ever seen.  We've been there every day (it's only 10 mins from our apartment). 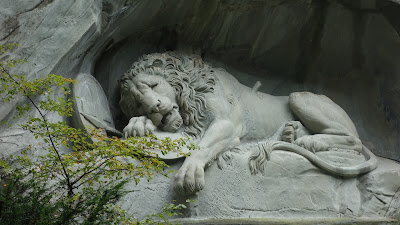 And here we are on the third day.  Sadly, a little damp (after much beautiful weather). 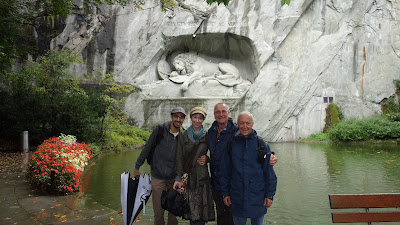 Then we walked down to Lake Lucerne.  Wow.  Almost surrounded by mountains --  and the 'Old Town' is built right to the lake.

The Chapel Bridge is a covered wooden truss bridge - the oldest of its kind in the world. It was restored after a fire in 1993. 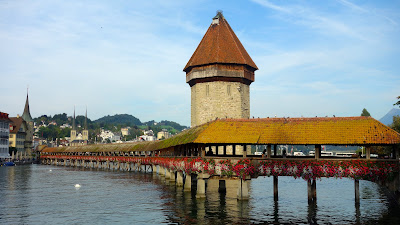 The bridge has a number of paintings dating back to the 17th century. 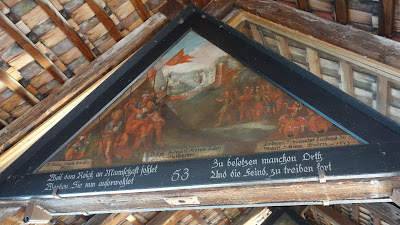 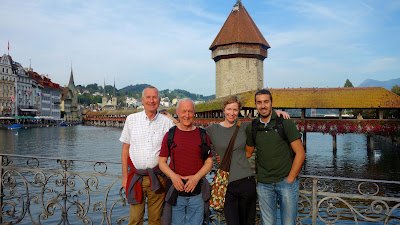 Looking up the Reuss River from a second wooden truss bridge ... 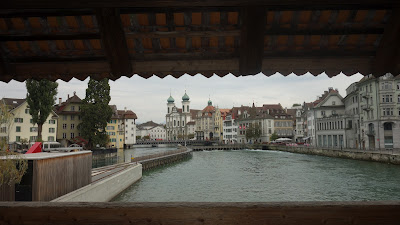 We've had some beautiful weather ... 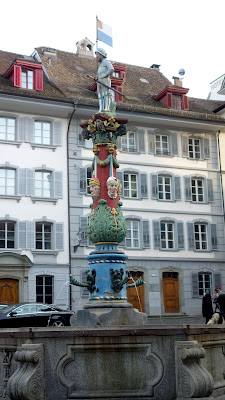 ... but we know it must get cold because you have to put a jumper on the statues!!! 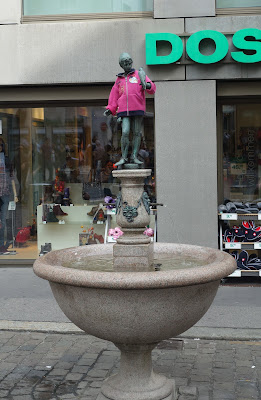 One of the many squares in the Old Town area.  They love to paint scenes depicting parts of their history on the outside walls. 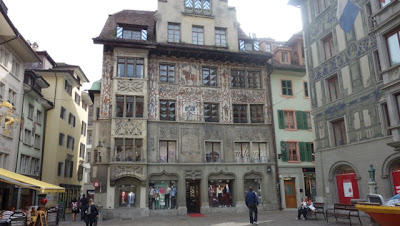 On the cooler morning, we walked along parts of the old city wall and climbed some of the towers.  Had some great photo opportunities as we looked over most of the Old Town ... 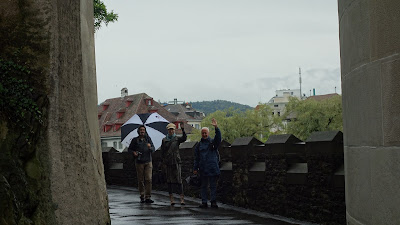 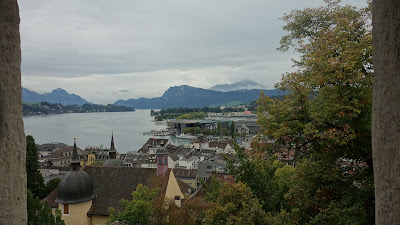 We had lots of very steep wooden steps to climb inside the towers ... just so you could see the views from the top! 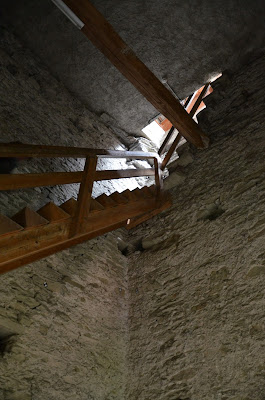 Look what we did for you! 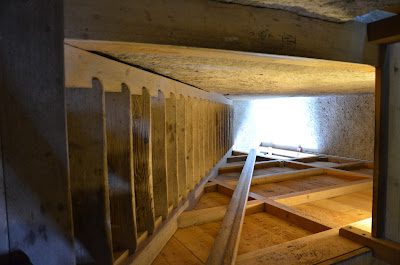 And here we are, at the top, recovering...  (We didn't show the oxygen masks in the photo.) 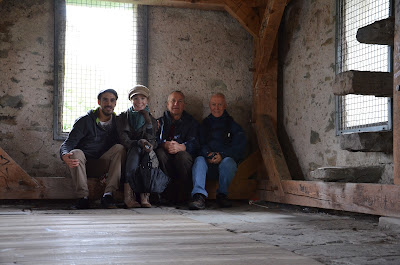 One of the many towers still contained a working clock.  This photo shows only a very small part of the clock.  It has a 9 m long pendulum. 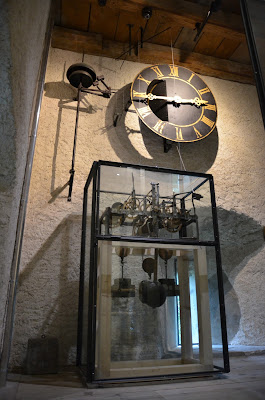 Spot Katrina if you can! 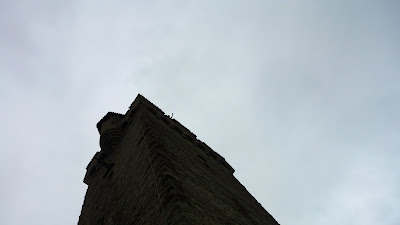 More wonderful views from the top ... 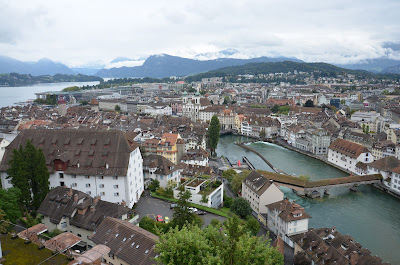 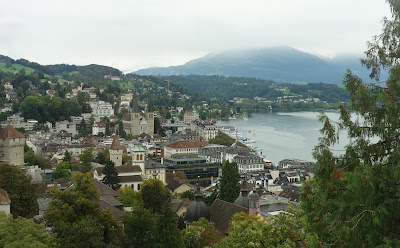 Here, you can see part of the wall we walked along.  The photo was taken from one of the towers along the way.  It was all part of the 'Old Town' defences. 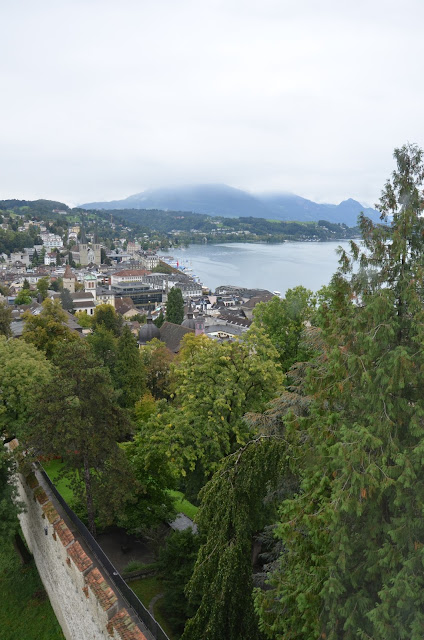 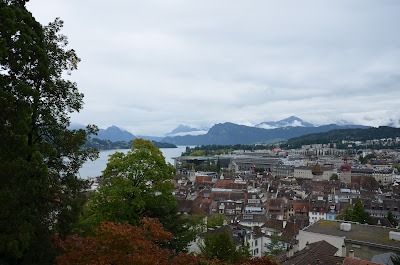 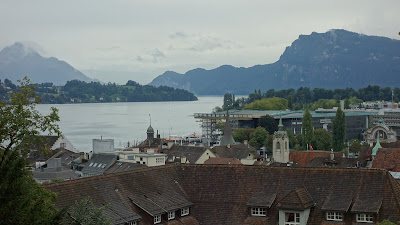