The first beach stop was Deauville.  The day we arrived was a tad cool, but you can see from the photo of the beach how popular it would be in hot weather. 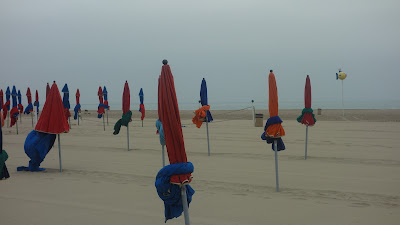 We tried to keep our arrival low key.  Nevertheless, they rolled out the red carpet! 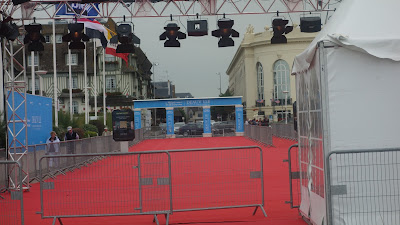 The stars had an opportunity to mingle with us ... 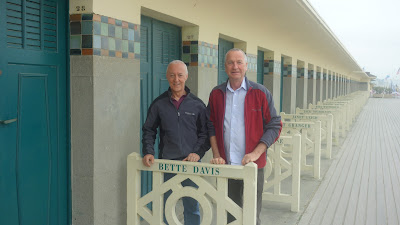 We were told that the American Film Festival, held here annually (and coincidentally at the same time as our arrival) is the longest-running film festival in Europe.


Next stop along the way included Dives-sur-mer and Cabourg.  The beach in this area was used by  William (known as William the Bastard) to set out for England.  He won the Battle of Hastings in 1066 and from that time became William the Conqueror, King of England. 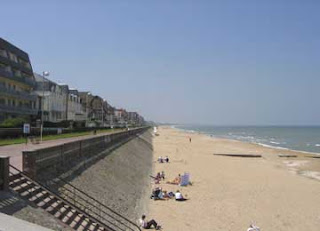 There are many affluent areas along the northern coast. 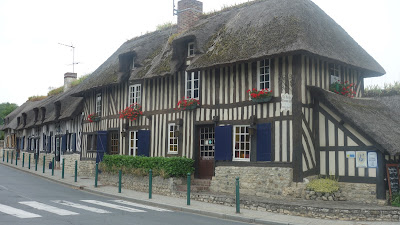 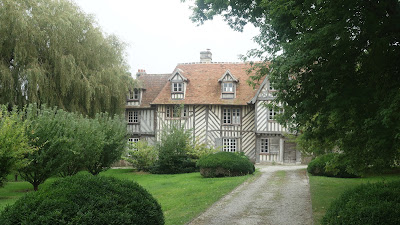 Clearly, it was another big day ... 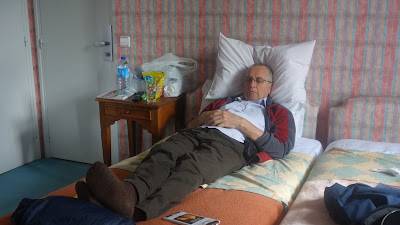